Cart 0
We are very pleased to welcome the first guest article on our blog!  Melissa Flanders is from a beautiful part of eastern Quebec.  Along with Andrew Mireault, they have a vibrant Sea Buckthorn business. Their website is www.omegafruit.ca .  Thank you Melissa.  You have written some important information about caring for Hippophae rhamnoides which cannot be found anywhere else so perfectly explained. 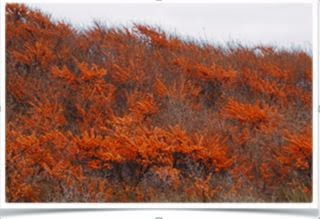 The importance of pruning Sea buckthorn

Hi! Let me begin by introducing myself, my name is Melissa, I own & operate a budding 11 acre Sea Buckthorn plantation in the heart of the Eastern Townships of Quebec Canada. I first heard about Sea Buckthorn in 2009. My clever boyfriend, Andrew who had immediately seen the potential of this super fruit as a high value permaculture crop, convinced me to embark on what has become my new life project. Together, we started researching the many cultivars available to us from our local area and from around the world.  We have spent the last 5 years researching how to best grow Sbt as a commercial crop and had the incredible opportunity to learn from the European leader in the trade about the different techniques of growing Sea Buckthorn and have applied his teachings in the many trials we've conducted on both imported and locally propagated cultivars.  After years of research, we started selling what we found to be the healthiest and most palatable cultivars. Over the past couple years our clients have come to rely on us to guide them in the proper growing techniques to achieve a successful and productive plantation. One of the most often asked about topics is on the techniques of pruning and harvesting Sea Buckthorn. So when Tom asked me to share something about Sea Buckthorn on his blog, not only was I delighted, but I knew just what my topic would be.


Pruning for max health and yield.


There are several benefits to maintaining a well pruned Sbt orchard and how your plants will respond to regular pruning depends greatly on the species, subspecies and variety. The main objectives for pruning sea Sea Buckthorn is to maintain proper size, shape and architecture in order to facilitate fruit harvest, to maximize light exposure for better growth of fruit and to produce & maintain the optimum amount of new fruit bearing branches. Regular pruning also keeps your plantation healthy and vigorous by eliminating dead or broken branches which can invite infections and pests.
Maintenance pruning can start the first year trees are planted and should be practiced with the principle that all branches will be replaced in a specific order over 3-4 years. Using a combination of heading back, thinning and shortening cuts, it is most advisable to prune in late winter or early spring, before the buds break. This will stimulate vegetative growth, so be mindful in your cuts, as over crowding of branches is a leading factor for low fruit yield due in part to low amounts of light penetrating the inner branches. It is better to make a few important cuts then many small cuts.
Cuts should be smooth and made at the proper angle to encourage the healing process and to avoid disease. Properly maintained pruning secateurs (one handed clippers) and saws are a must for an efficient and clean trim. Tools should be cleaned between pruning each plant and sharpened regularly.

The general way of harvesting a mature Sea Buckthorn plant is by strategically cutting back its fruit bearing branches from year to year and the optimum height for manual harvest is between 1.5 - 2.5m (5-8'). In Germany, whole plantations are harvested by "total cut" of the bush, using specifically engineered harvesting machinery. These machines cleverly cut down on time and long term costs to harvest, but the down fall is that most modern Sea Buckthorn cultivars do not endure over the long term under this extreme cutting method. Adding that it delays subsequent harvests, this is not the most commonly used method of harvest/pruning, as it necessitates very large plantations that can be alternated to compensate for the crop loss.


Baltic growers most commonly use the "lower cut" or Modified Leader Method of harvesting Sea Buckthorn. With this method, the plants are headed at the height of 60 cm (~2'), which leads to the formation of several upright and narrow angled branches. The top shoot becomes the central leader during the first season of growth. At the end of the second year's growth, all branches shorter than 30cm (12") above ground should be cut back. All other branches should be cut back only to maintain a taller central leader. During harvest, unimportant and weak branches are chosen first. They are located in the lower and inner parts of the tree. Then branches larger than 50% of the leader diameter are removed. This eventually causes the formation of a single trunk, if the top shoots are untouched, sooner or later the main trunk will have to be cut down to form a new shrub with many branches.

This cut is done in early spring, as trees recover best due to the carbohydrates still stored in the lower parts of the tree coming from the winter dormancy period. If this is done in September, as in the "total cut" method, these essential nutrients are cut down along with the top branches.  The principal disadvantage of the lower cut method, is that the radical cut of the main trunk causes two empty years before the tree is replenished to full harvest for another 4yrs.


In an attempt to improve on the previous method's downfall, pruning was adapted to create two equal parts within the tree with one year age difference between the sections. This is called the Vertical Split Method (see image for visual description of this method). The vertical split has the advantage of less maintenance pruning, better light penetration for better fruit production, the tree naturally retains the best height for manual harvest. All branches on the harvest side must be cut back, this causes every third year to be non productive when applying this method. The bush is gradually rejuvenated avoiding a long interruption in harvest years. However, this method can only be used in well planned and maintained orchards, because when the plant is not getting enough of what it needs like nutrients, water or sun light, it will not regenerate the removed branch.
Another method used by European growers is the Horizontal Split Method, which was created 10 years ago for hobby gardeners. In early spring annual shoots are bent down with the tops pegged to the ground. Fruits set on the bent branches while new vegetative shoots grow straight up from the upper points of the arch, this is caused by the accumulation of growth hormones due to positive geotropism. The lower parts of the branches are harvested in the fall while the new shoots remain untouched until the following spring when it will be their turn for the bending process. The horizontal split method is very gentle and makes for a beautiful looking plant. It may increase yields and no barren years are experienced using the horizontal split. Nevertheless, this method is very labor intensive, and when there are 10,000 trees or more in a plantation, it can get very costly in labor. Some say that it also makes for difficult mowing under the plant, but I find this can be solved by properly planing your cover crop. Using very low growing green covers like micro clover around the base and in the rows of your Sea buckthorn plantation can eliminate the need for mowing all together, all while inviting beneficial insects into your field.
Lastly, according to the book; Sea Buckthorn (Hippophae Rhamnoïdes L.) : Production and Utilization, written by; Thomas S.C. Li and Thomas H. J. Beveridge, Sea Buckthorn may perform well with the Open Center System. At planting, unbranched seedlings and rooted cuttings are pruned at approximately 60 cm (2') and all buds within 30 cm (12") from the ground are removed. Trees are trained to a multi leader system with major branches extending up and away from the trunk, giving a vase-shaped tree. At the end of the second year, all newly developed branches within 30 cm (12") above ground are removed. Then remove the potential central lead branch, head back and thin all branches to maintain the desired height of  less than 2m (6.5'). Pruning has to be performed every year to avoid problem as the trees become older. The fruiting zone moves higher and to the outside of the canopy and the tree gradually assumes an umbrella form. The book states that this system may produce shaded zones which may eventually cause poor fruit set. However, the important upper to middle section of the canopy should receive adequate sunlight and produce ample quantities of quality fruit. Minimizing shaded zones must be considered while pruning.
Bottom line, be mindful of the principals of pruning and harvesting Sea buckthorn. But remember that practice makes perfect and if you mess up, chances are you can make up for it later, as a healthy Sea Buckthorn shrub will easily regenerate itself.
Don't be shy to visit my web site regularly as I am always adding new Sea buckthorn products and information. www.omegafruit.ca

Thank you Melissa for a great article!  Melissa and I wanted to remind everyone again that they can get quality delicious Sea Buckthorn cultivars from Canada at www.omegafruit.ca
She can be reached at myprettyberry@gmail.com directly.

This article presented by 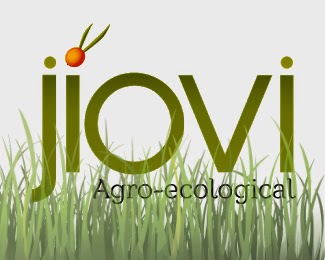